The People’s Choice winner, “Leftover Destiny,” a poem written by Shruti Natal, received the most online reader votes via the Libraries Short Stories website during the contest. Natal, a third-year student from India studying industrial engineering at Penn State University Park, said her inspiration came from a Carl Sagan quote, and that “Despite it being out of control, human life and destiny is complex and worthy of appreciation.”

The student Editorial Board is comprised of eight students under the leadership of a Short Edition Editorial Board intern, most recently Ashton Zillhardt, who held the post for three years before graduating in May. In addition to leading the Editorial Board, many of Zillhardt’s submissions have earned Honorable Mentions in past writing contests.

The Libraries Short Stories Editorial Board winners, chosen by the all-student editorial team and listed alphabetically by title, are:

Honorable mentions, chosen by the all-student editorial team, are: 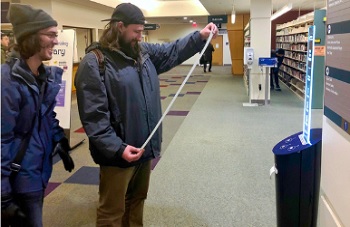 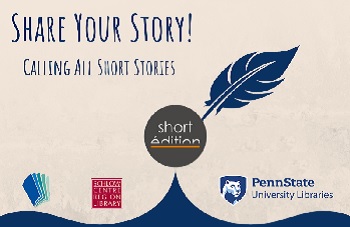 Centre County writers of original short fiction and poetry will be able to submit their creative works through the Libraries Short Stories website, psu.short-edition.com. Their submissions also may be considered for distribution through the Libraries’ four Short Edition short story dispensers on Penn State’s University Park campus, as well as its fifth dispenser in Schlow Library’s adult services department.

Love to read but never thought you could be a writer? Give a short story a spin and let your imagination run free.

The wolf knew the moment that someone had stepped into the forest. It paused mid-step, sniffing the air to ascertain the nuances of the trespasser's scent. It cocked its head thoughtfully as it was [+]
Read more
Horror   Sorrow 1 min

In the dark what hides consumes us all

In the dark what hides consumes us all. indigent waves engulfed in gold venal flame,swinging gavels make our justice fall,Coin make Midas and Minos one in the same. For in the new moon's light Satan [+]
Read more